Russian troops move in Kyiv as peace negotiations have failed

First American News – Raleigh, NC: As Russian forces closed in on Kyiv, attacking by land and air on Friday, the Ukrainian soldiers and civilians dug in to defend the capital. Ukraine’s president vowed not to surrender.

Moscow signaled an openness to talks with Kyiv. But shortly after, Russian President Vladimir Putin excoriated Ukrainian counterpart Volodymyr Zelensky, calling him a terrorist and urging Ukraine’s military to oust him, dimming prospects for diplomacy.

On Friday evening, after a second day of fierce fighting across the country, Mr. Zelensky, surrounded by senior Ukrainian officials, all clad in fatigues, posted a video from the heart of the capital, saying: “We are all here, defending our independence.”

Ukrainian troops blew up several bridges leading into Kyiv from the northwest to slow the progress of Russian armored columns that had moved south toward the city from Belarus. Ukrainian tanks and artillery were positioned to repel a ground assault, and the city braced for the prospect of the street-by-street fighting of urban combat.

Elsewhere, battles raged Friday around Ukraine’s second-largest city, Kharkiv, in the country’s east close to the Russian border, and near the southern city of Kherson, which was under assault from Russian forces that pushed in from Crimea. Russia said it captured the northern city of Chernihiv, a claim officials in Kyiv denied.

Ukraine’s military was able to withstand the shock of the initial Russian assault. As Kyiv prepared for a prolonged defense, Ukrainian officials sought help from the U.S. and other Western governments, and warned of the consequences if they were defeated.

In Washington, White House press secretary Jen Psaki warned Friday that “Kyiv falling is a real possibility.” She went on to say, “Even as we see resistance on the ground, Russia’s military continues to advance toward Kyiv.”

Mr. Putin’s broad offensive raises the risk that violence could spill over into other parts of Europe. A swift victory by Moscow would drastically remake the security equation on the Continent, giving Russia the potential to place large forces right on the doorstep of the North Atlantic Treaty Organization.

“More than 40 hours of resisting Russian occupiers prove that we have the strongest army in Europe and a fearless people,” said Ukraine’s defense minister, Oleksii Reznikov. “Ukrainians are now fighting for the future that they deserve. For themselves and for all of Europe.” Click here to continue reading on Russian attacked on Ukraine at The Wall Street Journal. 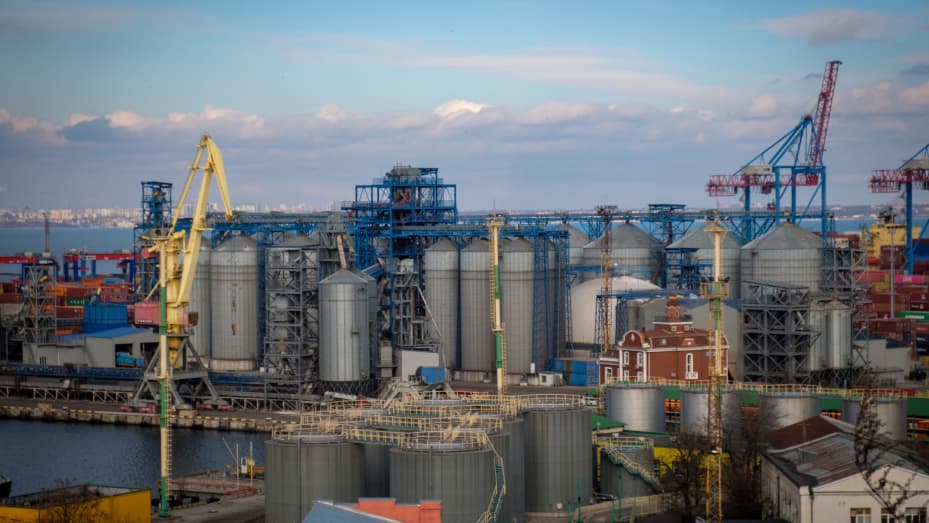