First American News LLC Raleigh, NC: Charles Goodhart sees an era of inexpensive labor giving way to years of worker shortages—and higher prices. Central bankers around the world are listening. When the global economy tanked in March 2020, the rate of inflation looked like it was heading to zero. That made it a surprising moment for former U.K. central banker Charles Goodhart to predict that inflation would hit between 5% and 10% in 2021—and stay high.

Mr. Goodhart reasoned that a seismic shift was under way in the world economy, one that fiscal stimulus and the post-pandemic recovery would only hasten. A long glut of inexpensive labor that had kept prices and wages down for decades, he said, was giving way to an era of worker shortages, and hence higher prices.

“The coronavirus pandemic will mark the dividing line between the deflationary forces of the last 30 to 40 years and the resurgent inflation of the next two decades,” said the 85-year-old economist in an interview. He predicted that inflation in advanced economies will settle at 3% to 4% around the end of 2022 and remain at that level for decades, compared with about 1.5% in the decade before the pandemic.

Mr. Goodhart’s theory about how shifting demographics are squeezing the labor force and pushing up prices has drawn the attention of central bankers in the U.S., Europe and China—and has kicked off plenty of debate about whether he is right. Major central banks including the Federal Reserve and the European Central Bank have expressed alarm about inflation’s surge and are laying plans to try to squelch it.

His idea is “definitely something that worries central banks,” said Willem Buiter, a former central banker at the Bank of England. If Mr. Goodhart’s theory is correct, he said, “then they’re all behind the curve and should not just be thinking of cutting their balance sheets more rapidly, but doing so and raising rates more rapidly.”

Some, including Gita Gopinath, first deputy managing director at the International Monetary Fund, have expressed doubts whether the long-term inflation picture is as dire as Mr. Goodhart thinks. She said declining numbers of workers and rising retirees could instead drive inflation lower, pointing to Japan as an example.

“I don’t think that we can draw a very simple conclusion based on one particular line of argument in terms of demographics,” she told Mr. Goodhart last year at an annual gathering of central-bank governors, academics and financiers in Europe, to which Mr. Goodhart had been invited.

U.S. consumer prices rose at an annual rate of 7.5% in January, a 40-year-high, and data on Thursday [ are expected to show an increase in February. In the eurozone, inflation in February hit 5.8%, data published last week showed. The conflict in Ukraine is likely to drive inflation higher still as it pushes up global energy, commodity and food prices.

Mr. Goodhart outlined his theory in a book, “The Great Demographic Reversal,” co-written with London-based economist Manoj Pradhan and published in September 2020.

He argued that the low inflation since the 1990s wasn’t so much the result of astute central-bank policies, but rather the addition of hundreds of millions of inexpensive Chinese and Eastern European workers to the globalized economy, a demographic dividend that pushed down wages and the prices of products they exported to rich countries. Together with new female workers and the large baby-boomer generation, the labor force supplying advanced economies more than doubled between 1991 and 2018.

As labor becomes more scarce, he maintained, workers will push for higher wages, in turn driving up prices. At the same time, businesses will manufacture and invest more locally to help offset both labor shortages and the nationalist and geopolitical pressures curbing globalized supply chains. That will increase production costs and local workers’ bargaining power. Global savings will fall as older people consume more than they produce, spending particularly on healthcare. All that will push up interest rates, he predicted.

Acute labor shortages in the U.S. and Europe this year already have pushed up wages. In China, as the workforce shrinks and fewer rural workers move to cities, labor costs have risen. U.S. manufacturing wages are now less than four times as much as those in China, compared with more than 26 times when China joined the WTO in 2001, according to recent research by investment firm KKR.

“I take the things Charles says very seriously,” said Isabel Schnabel, who sits on the European Central Bank’s six-member executive board. “Charles wants to alert us that we shouldn’t take for granted that the world ahead of us is going to look the same as it did in the recent past.”

Federal Reserve Chairman Jerome Powell referenced the book in a speech at the annual gathering of central bankers and other finance experts in Jackson Hole, Wyo., last August. He disagreed with the central premise, saying at the time that high inflation rates would likely prove transitory. More recently, he has stopped referring to inflation as transitory, and the Fed is poised for a series of rate increases this year.

In Germany, labor shortages are so acute that the government is seeking to attract 400,000 skilled foreigners a year. In December 2020, then-Bundesbank President Jens Weidmann cited Mr. Goodhart’s ideas to push against the European Central Bank’s easy-money policies.

In Germany, labor shortages are so acute that the government is seeking to attract 400,000 skilled foreigners a year. In December 2020, then-Bundesbank President Jens Weidmann cited Mr. Goodhart’s ideas to push against the European Central Bank’s easy-money policies.

Joe Zhang, a former economist at China’s central bank, said he sees evidence of Mr. Goodhart’s thesis in the fact that Chinese companies are currently absorbing higher costs and wages by reducing their profit margins. He said he expects them to start increasing export prices soon, and that Chinese companies will need to raise wages further to lure workers back to factories in coastal cities.

At the European Central Bank’s rate-setting meeting in December, policy makers discussed whether structural changes such as demographics, the role of China or challenges to globalization could signal a shift toward higher inflation that isn’t captured by economic models, echoing the concerns raised by Mr. Goodhart, according to a person familiar with the matter. The ECB declined to comment.

The ECB’s chief economist, Philip Lane, said in mid-February that inflation could remain high even after the pandemic is over, pointing to changes in the world economy such as the role of China and aging populations. Until recently he had said that inflation would soon fall back below the ECB’s 2% target.

Mr. Goodhart, who in addition to his economics work raises sheep on a farm in Devon, England, studied economic history at Harvard University. He joined the Bank of England in the 1960s as an expert in monetarism, which attributes inflation to an excess amount of money in circulation.

He helped shape Bank of England policy in the early 1980s as Margaret Thatcher implemented monetarist ideas to bring down double-digit inflation. He later joined the bank’s newly created Monetary Policy Committee after Tony Blair’s government made it independent in 1997. The link between inflation and the amount of money in circulation proved to be unreliable, and the U.K. later abandoned money-supply targets.

In Hong Kong, Mr. Goodhart helped to establish a peg to the U.S. dollar in 1983 that ended a currency crisis in the former British colony and has been in place for almost four decades.

He also warned of a buildup of leverage in advanced economies ahead of the 2008 global financial crisis, former central bankers recall. He reminded them to monitor risks to financial stability at a time when they weren’t focused on such concerns, said Donald Kohn, former vice chairman of the Federal Reserve.

“I can’t think of any U.K. Chancellor of the Exchequer who has not been influenced in some ways by the views developed in advance by Charles since the 70s,” said Mr. Buiter, the former Bank of England central banker.

The models that central banks have long used to forecast inflation appear to have broken down. The idea that inflation is a function of too much money chasing too few goods has lost favor, as has the idea that low unemployment drives high inflation.

For nine years in a row after 2008, the growth and inflation forecasts for the following year by the IMF and Organization for Economic Cooperation and Development were too high, said William White, a former deputy governor of Canada’s central bank who once worked under Mr. Goodhart at the Bank of England. “Most thoughtful people would say something is wrong,” he said.

In 2015, Mr. Goodhart was working in London with Morgan Stanley’s economics team, including his co-author Mr. Pradhan, to understand why aggressive central-bank money printing after the 2008 global financial crisis had failed to drive up inflation.

Mr. Goodhart recalled the 1970s theories that powerful trade unions helped drive up wages and inflation. Later, the power of labor diminished largely because of globalization and competition from China, reducing inflation.

He conjectured that a decline in fertility rates in China and the West could make labor scarce again, giving workers renewed leverage.

Mr. Goodhart’s thesis, presented to a meeting of top central-bank officials in 2016, posited that far higher inflation and higher interest rates were in the offing.

It spooked investors, said Mr. Pradhan. “At Morgan Stanley, we had to keep weeks and weeks aside for speaking with clients after the paper was put out,” he said.

The European Central Bank’s Ms. Schnabel said Mr. Goodhart’s book was initially met with skepticism. “After a long period of very low inflation, many did not expect inflation to come back quickly and forcefully,” she said. “Then the unprecedented economic disruption happened, caused by the pandemic, and inflation suddenly returned.”

A central criticism of Mr. Goodhart’s thesis is that countries with more retirees and fewer workers, such as Japan, have the opposite problem—very low inflation rates.

Most economists would expect an aging population to lead people and firms to invest less, consume less and innovate less, while also generating a savings glut in government securities, said Adam Posen, a former Bank of England policy maker who now runs the Peterson Institute for International Economics.

Mr. Goodhart argued that workers likely won’t save enough for their retirement, and that pensioners consume more than they produce, especially with healthcare. The dwindling pool of savings, combined with increased corporate spending to secure supply chains and make up for a lack of workers, will push up interest rates, he predicted. He said the Black Death, a 14th century pandemic, triggered a quarter-century of soaring wages and rampant inflation.

As for Japan, the country is right next door to China, which has been exporting lower prices to the world for decades, Mr. Goodhart said. And even in Japan, he said, there are some signs that inflation is starting to rise.

Mr. Goodhart predicted that with global debt at record levels and asset prices elevated, central bankers will struggle to tame inflation without forcing a deep recession. A golden era for central bankers is ending, he said, and “life will become a lot harder.” 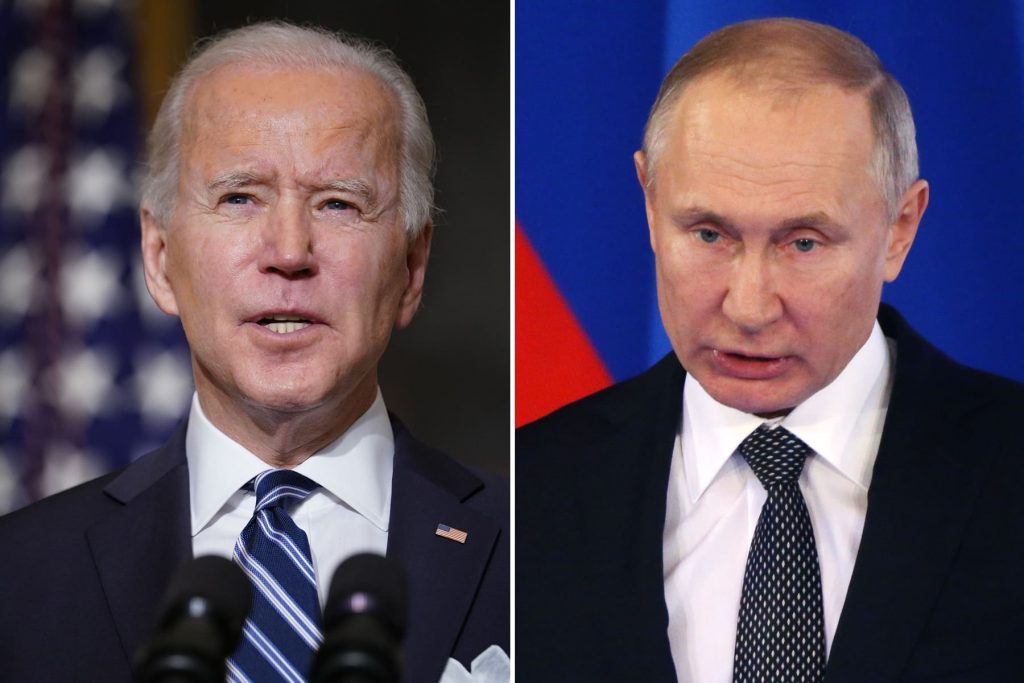 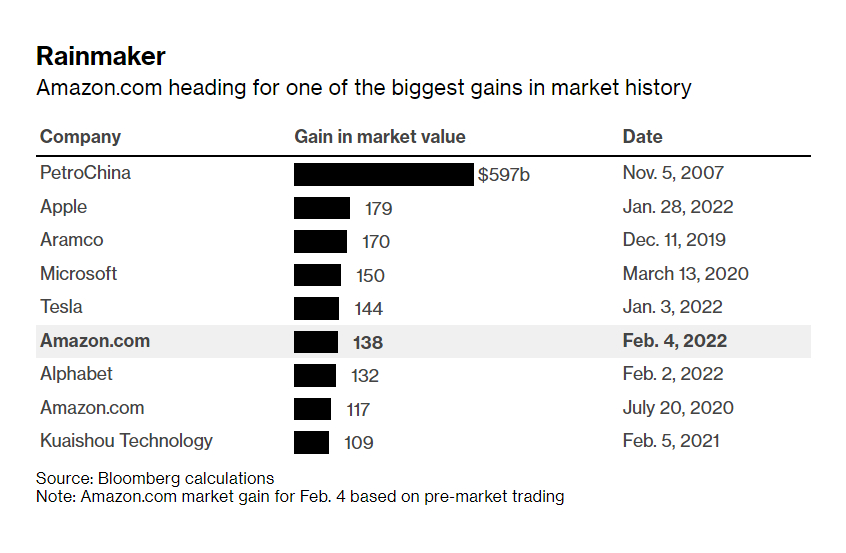